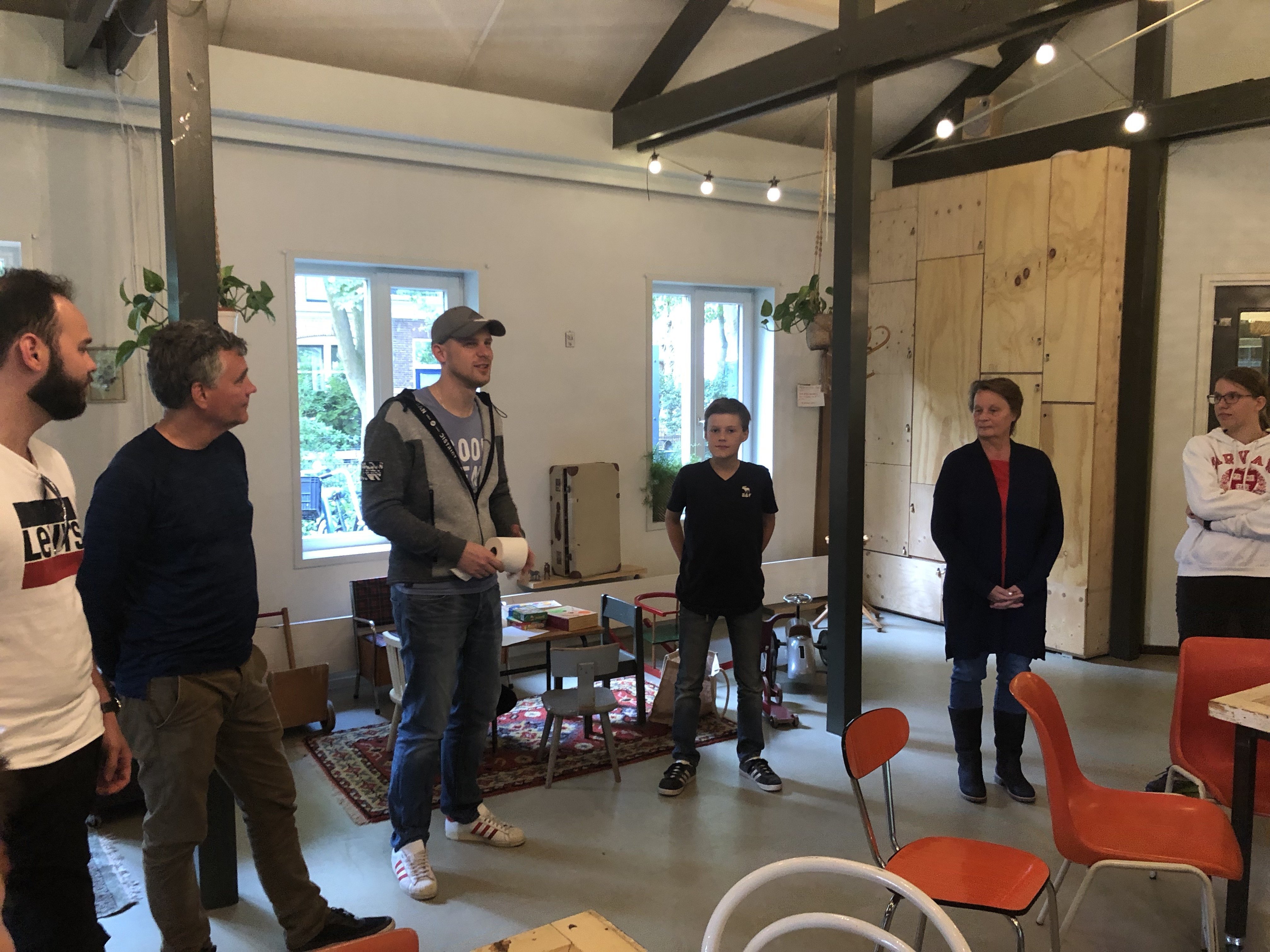 When Kent and Leslie Linneweh, began to raise support for their first term as missionaries with Assemblies of God World Missions, they were given some sobering advice.

“We were beginning to realize that most Americans didn’t consider Europe to be a ‘mission field’,” said Kent. “A pastor told us, ‘Where you are going is the darkest, most untouched continent on the face of the earth … but we won’t believe you!’ I thanked the pastor for his encouragement!”

Thankfully, the Linnewehs persevered and over the past 15 years have:

Their current work is in the quaint Dutch city of Haarlem, a bedroom community of Amsterdam known for being the home of Corrie ten Boom.

In this ‘Heart to Heart with a Church Planter’ we learn about the Linneweh’s calling to The Netherlands, the challenges they face as church planters in this nation, and their new church plant project, ‘The Meeting Place.’

Jeff: Share some of your background with us: where you are from, your call to missions, and what you did before missions.
Kent: “Leslie and I have been married for 47 years and have two grown daughters.  Olivia is an AG missionary in Tallinn, Estonia with our two grandkids. She and her husband are the Baltic Area Directors and planted Focus Church in Tallinn. Our youngest, Hilary, works for Expedia in Seattle and is married to Jared.

Leslie was raised in Niagara Falls, NY and I was raised in St. Joseph, MO. We met each other while she was attending college in Columbia, MO. I played in rock-bands back then and on our first date I asked her if she’d like to go to ‘Paris’. Little did she know I meant the tiny town of Paris, MO where we played that night. I was a real charmer!”

Jeff: Share with us about your call to Europe.
Kent: Leslie prayed for me seven years before I asked Jesus to forgive me. At one time we had even been divorced from one another. God healed our marriage and before we knew better, we were asked to help in the church Youth Group. We ended up staying for 19 years and becoming Youth Pastors! It still amazes me that God could use ‘people like us’ and thinks more of us than we do.

Every summer we would take a mission trip with our teens and missions got in our blood. I was 52 when we applied for a mission assignment and came to the Netherlands in 2004. Leslie’s grandmother came from The NL and converted to Christianity as a 15 year-a old Jewish girl from Den Haag. When we were asked to come to The Netherlands it really resonated with Leslie because of her Dutch Jewish roots. I had wanted to go to Scotland or Ireland, initially… but glad we ended up in The NL.

Jeff: How would you characterize The Netherlands in terms of ‘international-ness’.
Kent: The NL is such an international zone. Some of the larger cities are almost 50% non-Dutch! English is spoken by almost everyone, and we use that as our ‘common-denominator’ to bring internationals together, which is a nice advantage in sharing our faith.

We also find from our experience that the Dutch sometimes prefer an English-spoken church experience. We think it is because they are a small country and most of their media is imported in English. There is a strong multi-linguistic culture in Holland and English is a tool we can use to our advantage to reach most people with the message of Christ. This is also the reason that so many English- language based corporations find it easy to do business here. 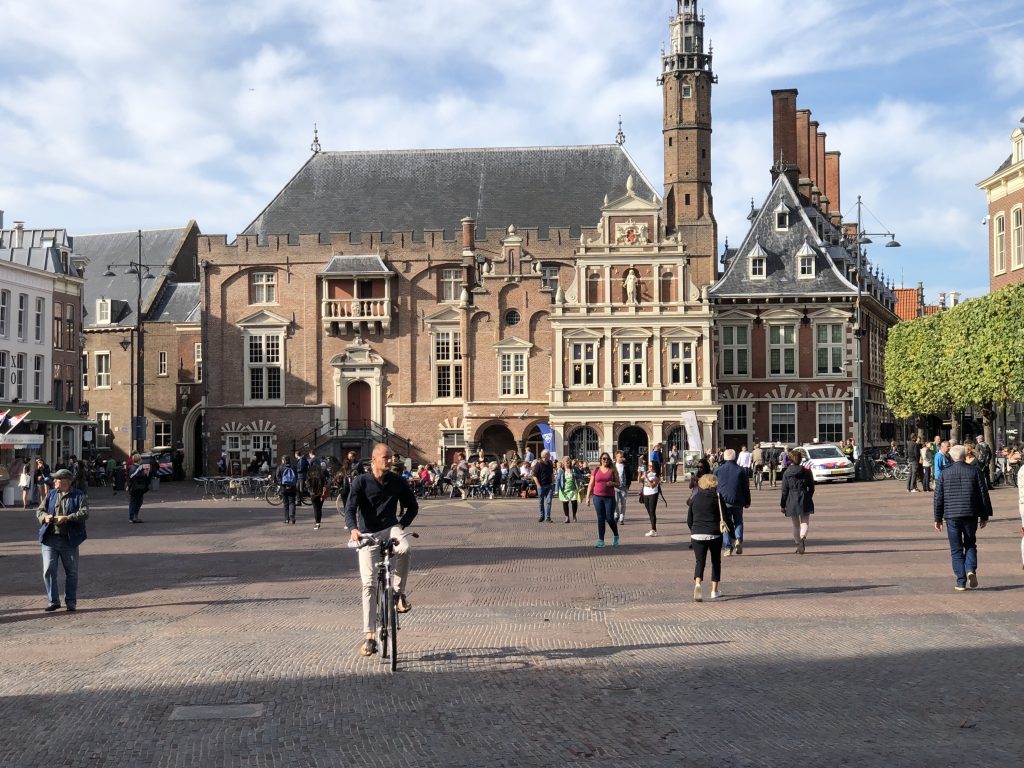 Jeff: Tell us about your call to Haarlem.
Kent: One year ago, we turned the English-language service in Europoort over to the pastor of the church, which freed us to come to Haarlem… home of the well-known Corrie ten Boom and a bedroom community for Amsterdam. God told us He had one last thing for us to do before retirement (do you ever really take a long sit in a Lazy-Boy?), so we are thankful He still sees us as useful to Him. We are convinced, the Lord wants to blow a fresh wind into this old city and we are excited to see what He will do in Haarlem.

Jeff: What’s happening in The Netherlands and in Haarlem in relation to Brexit?
Kent: The NL has always sniffed-out new opportunities and now they are positioning the country to take advantage of this fresh influx of Brits and English-based companies moving to the mainland in the face of Brexit. Almost all of these are English-speaking internationals.

We see that the timing is perfect for an International Church plant in Haarlem with its 250,000 regional residents. A great bonus and help to us is the presence of three Dutch friends on our team who love their city and trust God to do a new thing.

Jeff: Describe the spiritual environment of The Netherlands and in particular, Haarlem.
Kent: The NL prides itself on ‘tolerance’. Along with that comes a bit of resentment for anything ‘church’ that they think might try to control their totally open society. Most see God as a ‘non-issue’, not worthy of their time or consideration. They are the “Nones”.

Haarlem is the hardest soil we have encountered and honestly, we are surprised. It is the city everyone wants to visit and the one that charms you with its old Dutch architecture and friendly sidewalk cafes. It is also a city that has suffered greatly through history with war, massive fires and slaughter. The spiritual underbelly is built on pain and devastation.

We have met with some resistance in our ability to rent space for our Sunday meetings because we are a ‘church’. One such occurrence was in a rental contract clause that stated the owners were atheist and that we were not allowed to talk against any of the current secular culture issues that are molding society and in which they were in favor. This is a small hint of the spiritual climate we face.

But… we know God has called us here and that He has already been at work in the hearts of the people of Haarlem. We sometimes expect opposition but we always more than anticipate God’s over-whelming blessing and favor! 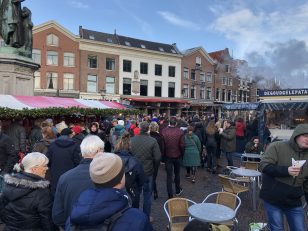 Jeff: How is the church plant going?
Kent: Currently, we are meeting in our home to build a team for a late summer launch. The progress has been slower than what we have seen in past plants but we are building momentum!

The Dutch are hearty travelers and can be seen all over the world this time of year, so it makes better sense to start public meetings after summer, once they settle-in.

Being the only Evangelical English-speaking church in Haarlem, we have the potential to advance God’s Kingdom in areas that have previously been un-tapped. Haarlem has become a door-step to the world and we are excited about what God is about to do in so many lives… people from every nation, culture and background!

Jeff: What are your current needs and how can fellow FEIC churches pray for you guys?
Kent: We would appreciate prayer for the following:

• We would love to find a place of our own to do 24/7 ministry. To do this, God needs to provide a place that is fundable, affordable and large enough to accommodate at least 150 people.
• For God to bring a person or couple with a passion for Children’s Ministry.
• A Ministry partner to become pastor of the church at the end of our term.
• Creative and relational ways to make our presence known in the city.
• Spiritual break-through in so many lives that have embraced human  enlightenment instead of Godly encounter.