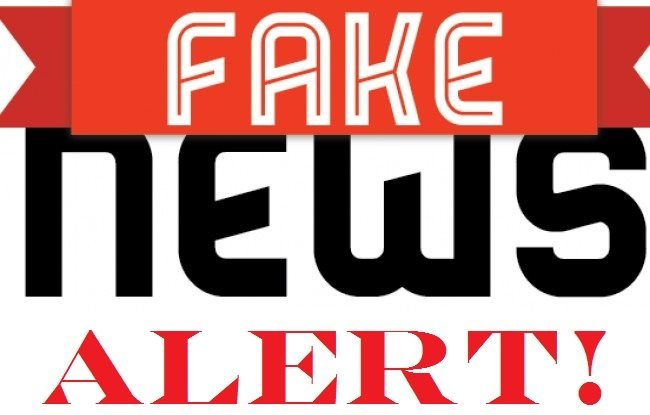 There has been so much controversy lately about news being reported that is not true!

In fact, Facebook announced this week the steps they are taking to minimize the deceitfulness of stories and advertisements that are not legitimate.

Journalists Jon Swartz and Marco della Cava, “Fake content is a genuine problem on the Internet. Between fake news that sways elections, fake apps that trick shoppers and fake book reviews that stymie sales, the web has seen a surge in fantastic, misleading and outright false messaging that threatens to make the truth hard to find.”

The danger is that many do not know how to discern what is truth and what is fake.

According to a Pew Research Center Survey, nearly two of every three people today receive their news from social media sources. Think about it.

Why is there such an opportunity for fake news? Primarily because we like it (I say “we” meaning “the general population.”)

It’s sad but “we” are so driven by entertainment and the sensational that advertisers have learned how to create a market that will feed our emotions and produce a desired response.

So, what’s the point?

The point is we should guard our heart because it’s the wellspring of life. We should remember that whatever a man sows, that will he also reap.

Let’s use all means as an opportunity to preach the Gospel but most of all let’s remember Jesus is The Way, The TRUTH, and The Life!

Praying you have an incredible weekend gathering.